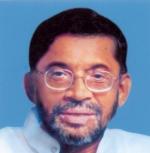 Shri Santosh Gangwar, a law graduate from Rohilkhand University, Bareilly (Uttar Pradesh), was born on 1st Nov 1948. Shri Gangwar is one among the senior most Parliamentarians within the country, who has represented Bareilly Parliamentary constituency within the Lok Sabha for the 8th time.

During the tenure as a Union Minister, Shri Gangwar has completed more than 8 ½ years i.e. 6 years during the previous governments and more than 2 ½ years in the present government. He was Minister of State for Petroleum and Natural Gas with additional charge of Parliamentary Affairs in 13th Lok Sabha. Prior to this, Shri Gangwar was Minister of State of Science and Technology with additional charge of Parliamentary Affairs in 1999.

Shri Gangwar, at his credit, was also the chairman of the PAC i.e. Public Accounts Committee.

Shri Gangwar, in the present Council of Ministers, was holding the charge of Ministry of Textiles (Independent Charge). In the Textiles Ministry, Shri Gangwar focussed extensively on all the thrust areas of textile where the govt helped the downtrodden section of the society like weavers, craftsman, farmers etc. Shri Gangwar paid special attention to North Eastern States and Kashmir, so that the development could be initiated at those places which were ignored by the previous government.

At present Shri Gangwar is Minister of State for Labour and Employment (Independent Charge). Shri Gangwar is understood for his simplicity, honesty and exceptional accessibility, despite being the union minister.